Posted on September 5, 2017 by iansbadvocates 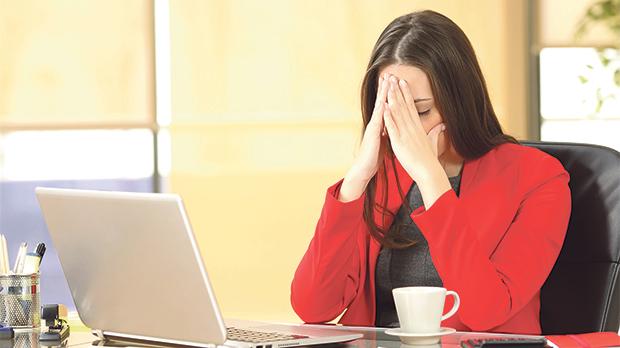 The Malta Employers Association (MEA) has put forward a proposal (one among many other interesting ones) to curb on sick leave abuse, by suggesting that the first day of sick leave is to be deducted from the employee’s wage. The unions pronounced themselves vociferously against it. The Prime Minister poured cold water on the proposal. Let us not miss the focal point of this discussion – the curbing of sick leave abuse.

There is not only a legal but also a moral obligation on the part of the employee to avail of sick leave only within this context. Availing of sick leave to whitewash the house or to service the car is not only immoral, but abusive behaviour and constitutes a breach of one’s employment contract.

I believe there is also some statistical data which shows an increase in self-inflicted reasons leading to sick leave, such as too much alcohol over the weekend, sun strokes, injuries during non-occupational related activities, etc. All these statistics merit attention and discussion.

As our courts and tribunals have constantly stated, when an employee is to avail of sick leave, he must genuinely be in a state where he is incapable of reporting for work, and is so certified by a medical doctor. The role of the medical doctor in curbing on abuse of sick leave is fundamental.

The law uses the term “incapable for work”, which can be said to mean that the employee is “unfit” for work. There are instances when an employee is personally capable of working, but he could possess a contagious disease/virus which makes him unfit for work in the best interest of his colleagues.

The medical test is a very subjective one and much depends on the medical assessment performed by the doctor at that particular moment in time.

The certificate should be the result of a thorough medical examination, not only of the patient, but also of his circumstances at the place of work. All information given to the doctor should be noted on the certificate. If need be, a doctor is to indicate that the employee is fit to perform lighter or other duties. When the medical certificate is void of information, it makes it harder to control abuse and it becomes unfair on the employer to control abuse.

To this effect we need to see a radical change in our present system of occupational medical certificates. In the vast majority of cases, those commonly known as the “blue certificates” are used. At times, these are not legible. Very often, they give a very generic indication of the medical condition of the employee. They never give an indication of whether the employee is capable of lighter duties.

These certificates never relate the medical condition to the particular occupation of the employee. I have come across instances whereby the blue certificate is obtained without a proper medical visit. There also seems to be a higher incidence of dubious medical blue certificates issued by doctors involved in politics.

An employee who reports sick does not necessarily have to be confined to bed. An employee may validly be entitled to sick leave without the need to remain indoors. In a particular case before the Industrial Tribunal, an employee was dismissed on the basis of alleged abuse of sick leave. He was seen washing his car and carrying a shopping bag with his wife on the day of his sick leave.

The tribunal found in favour of the employee and awarded him damages for unjust dismissal because it resulted that he was unfit to perform his manual work at his employer due to an injury in his arm (climbing ladders and fixing wires on house facades), but that did not preclude him from washing his car or using his other hand to carry a shopping bag, and neither did it preclude the employee from going outdoors. These are risks which employers want to avoid.

The MEA’s proposal may be shot down, but let us allow it to place on the agenda the need for a reform in our sick leave regulations and, most importantly, practise. After all, it is abuse which is to be curbed. There should be consensus that no acquired employee rights should be reduced, but in curbing abuse, one expects all interested parties to be on board. And it is within this frame of mind that the reform on sick leave is to be discussed and implemented.