Air Malta and its unions 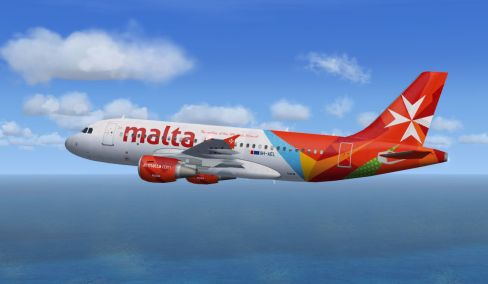 The front page article on The Sunday Times of Malta (April 2), on an internal report by Air Malta that warns unions will “bring down the airline”, made interesting reading as always, but raises some eyebrows too.

For the record, let me clarify. My office represents two of the four recognised trade unions at Air Malta and is legal counsel to another union claiming recognition for a small group of employees. Having said this, I write this piece of my own accord and thus this article represents my own personal views as a lawyer with 24 years of experience in industrial relations matters.

Trade unions are there to represent the interests of their members, and I have reason to believe that over the years all trade unions have sought to do so. As the law defines a “trade union”, the principal purpose of a trade union is the regulation of the relations between the employer and its members. Remove this purpose, mitigate this purpose and there will be no further reason for trade unions to exist.

The general perception might be that Air Malta cannot cope with more than one union. Having more than one union representing the workforce in a company may not be ideal. But despite lack of legislation, our Industrial Tribunal has over the years developed a rigid but fair practice of granting recognition to other unions within the same company if the particular needs and circumstances so dictate.

Our Industrial Tribunal has continuously stated that industrial practice does not favour division of the workforce, which is not beneficial to the employees themselves or the employer. Yet, where and when necessary, the tribunal has granted recognition – and hence the situation at Air Malta is nobody’s choice, but the result of our legal system.

Any collective agreement is the result of long negotiations but ultimately an agreement by all parties involved. As Charles E. Wilson once said, and I continue to advocate on this point, “the only sound approach to collective bargaining is to work out an agreement that clarifies the rights and responsibilities of the parties, establish principles and operates to the advantage of all concerned”.

We have over the past years come to acknowledge the valuable work that both trade unions and employers’ associations can do for the benefit of the country. The State has, within the context of a modern labour market, consciously afforded more responsibilities and more defined roles to both within a developing democratic model, so that both employers and employees’ associations carry a measure of democracy into industrial government.

As much as I work for trade unions, my practice has also given me the opportunity to legally represent employers on a number of occasions. Experience has shown that as much as negotiations may be tough, yet, in the vast majority of cases, there is reciprocal understanding and respect between management and the employees’ representatives.

Having expressed some generic thoughts, I feel duty bound to make some remarks on what has been reported in respect of Air Malta.

I was personally involved, as legal counsel to two of the recognised unions last summer, when lengthy talks and negotiations went on in view of what was supposed to be a close agreement with Alitalia. I can vouch for the present and past administrations of the unions I have worked with, that unions play no power game.

I publicly praise the knowledge and abilities of George Abela with whom I, together with the unions, worked closely and through which we avoided a collapse of those negotiations. The tension, anxiety, stress and pressure that union officials have had to endure, during long hours away from their families, to protect the interests of their members while assuring agreement and a way forward, is something I shall never forget and publicly commend.

While keeping in mind that the union officials are representatives of the workers and hence, they must primarily see to the interests of their members, they do seek a balance between such interests and those of the company at large.

My assessment of the trade unions’ role in the developments surrounding the Air Malta case over the past years thus strongly contrasts with what top management has termed as “the very high level of strike willingness for almost every small change, to protect the power of the unions involved’’. Again, I find it very hard to digest this conclusion – as my experience shows me that all unions, Air Malta and elsewhere, resort to strike action as a very last resort, with caution, gradually and when all other possible avenues fail.

Top management at Air Malta would do well to reflect and make an examination of conscience before pointing fingers at the unions.

If the top management truly believes that the airline is still “a union driven company’’, then I guess I have no further words to add than to say that this alone means none other than a self-declaration of failure by the top management itself. It only means that over the years, the management failed to find the right balance between its role as management and the unions’ roles as representatives of the workers. The only conclusion I can come to is that the management has, over the years, failed to adopt the right approach in its negotiations with the unions and worse still, failed to understand its role and take advantage of the benefits of a sound collective bargaining process.

On the eve of new lengthy negotiations, I can only augur that this report will not put such negotiations on a wrong footing. Unless all parties come to acknowledge the valuable work (all in their own way) that has been done in the past, then negotiations will prove even more difficult than one expects.

Adopting the sound approach which Wilson spoke about in order that all parties may find solutions to the advantage of all concerned is the way forward. Anything less than that will result in failure.

A sincere good luck to all.

Ian Spiteri Bailey is an employment and industrial relations lawyer.